Totara Graveyard.
2001.
320x490mm.
C Type Print.
Edition of Five.
First shown in the exhibition "Nightscapes" in the Dobson Bashford Gallery, Christchurch (2001).
Winner of "Pictures from the surface of Aotearoa" (2004), selected by Gregory O'Brien (Curator of City Gallery Wellington) and Paula Savage (Director of City Gallery Wellington).
"Like the best landscape photographs, the image seemed to also be saying something about humanity and the relationship between people and the land. It is a sombre, eloquent image.... which also manages to convey a sense of time passing, a creeping melancholy and a sense of history." 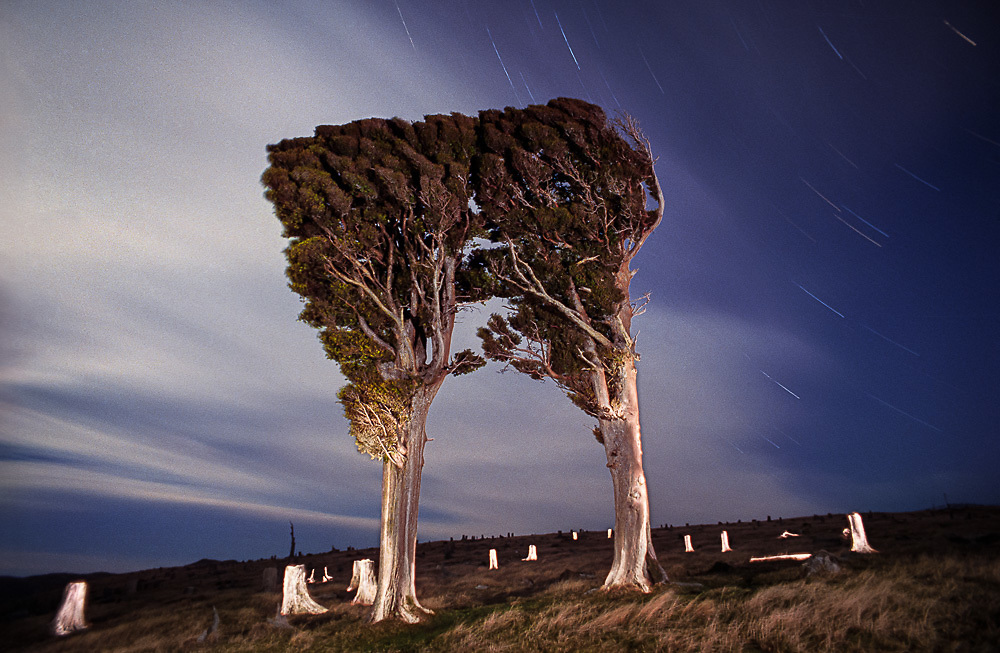